Toward Inclusiveness In Classrooms

This website is dedicated to promoting inclusive schooling and exploring positive ways of supporting students with autism and other disabilities. Most of my work involves collaborating with schools to create environments, lessons, and experiences that are inclusive, respectful, and accessible for all learners. 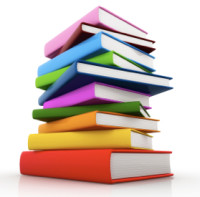 I hope you enjoyed my 30-days feature this month and that you found some books for your summer reading lists. I know how much these books had an impact on me, so I hope they will do the same for you or maybe even inspire some of you to write your own stories. We need them!

As promised, I am opening up this last day of the month for you to add any autobiographies/memoirs that I was not able to list in just 29 days. Feel free to add in other titles too if they made a big impact on your understanding of autism or Asperger syndrome—even if they are not memoirs.

Day 29: Asperger’s From the Inside Out

My final selection of the month is one of the most popular books on the market. Michael John Carley is the founder of GRASP, an advocacy organization for people with a diagnosis of Asperger syndrome. Carly is the father of child on the spectrum and-not unlike many parents on the spectrum-was diagnosed at the same time his own son was evaluated.

Asperger’s From the Inside Out is a hybrid autobiography as it is part personal story and part user’s guide. Carley’s book is moving, interesting, and practical and you get …

Jeanette Purkis spent her early life baffled and often extremely frustrated about how different she was from others. She was acutely aware that she found things difficult that others did not. These feelings led to a life that became dark and frightening. Purkis finds herself addicted to drugs and a prison inmate before turning her life around, gaining coping skills and strategies, and beginning to understand her diagnosis.

Finding a Different Kind of Normal is a unique autobiography because Purkis lands in so many severe situations. Therefore, it is not an easy read, but it might be very helpful for someone feeling …

A woman diagnosed in adulthood, Jen Birch shares stories of her life with humor and candor, taking us through the years of struggles that ended with her diagnosis of Asperger syndrome. Her search for “normal” in her early years is predictably painful, but Congratulations! It’s Asperger’s Syndrome really focuses mostly on a positive message. Birch uses her autobiography to not only provide some understanding of what Asperger’s syndrome may feel like and look like for some people, but to …

Day 26: Making Sense of the Unfeasible: My Life Journey with Asperger Syndrome

Making Sense of the Unfeasible is the book for readers who love to learn a little something about math and science as they also make some discoveries about autism. Marc Fleisher is not only a man with an interesting story about life on the spectrum, but a passionate person who cares deeply about astronomy, parallel universes, large numbers and more.

Before he received his diagnosis of Asperger Syndrome (AS) in the 1970s, professionals diagnosed Marc Fleisher with an intellectual disability. He is one of many authors profiled this month who were misdiagnosed …